Longtime Rochester optometrist Dr. Joseph Jordan is raising money to help with a surgery of a Nicaraguan man who has serious foot injury. It’s one part of his lengthy effort to help people in the impoverished nation. [John Huff/Fosters.com]

Dr. Joseph Jordan is well known as a Rochester optometrist, but his efforts reach far beyond the Seacoast. He is currently raising money to help with a surgery of a Nicaraguan man who has serious foot injury. [John Huff/Fosters.com] 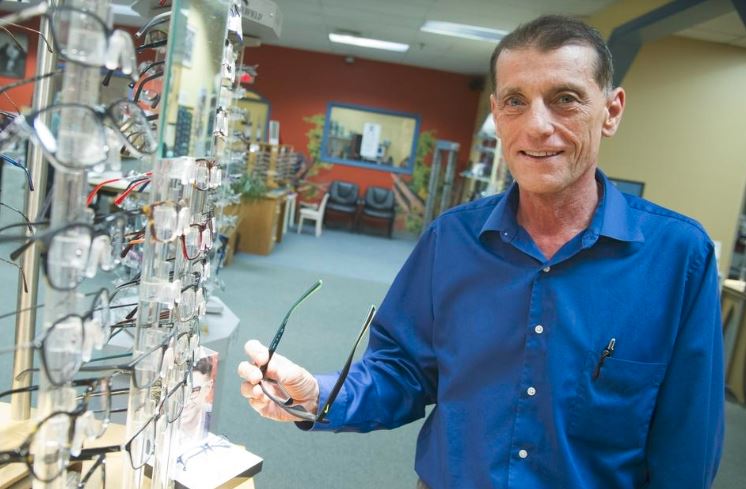 ROCHESTER — Dr. Joseph Jordan is a well-known optometrist. His business, Jordan Family Eye Care, is where he has practiced for many years.

What people may not know is for the past 19 years, Jordan has traveled to Nicaragua to help some of the poorest global citizens. He brings old eye glasses that have been donated, does eye exams and helps arrange other medical care. He has become such a part of the Nicaraguan community that 10 years ago he started a nonprofit — Global Health Cares — and gathered donations that enabled him to open a permanent medical clinic.

“Nicaragua is the second poorest country in the Western Hemisphere, second only to Haiti,” said Jordan. “It is a lovely country, with lovely people who had no access to medical care, and I knew I had to help.”

Jordan began going to Nicaragua as part of Volunteer Optometrist Services to Humanity (VOSH). He fell in love with the people and the country, and he said his missions are now part of the fabric of his life.

Global Health Cares raises money through donations and operates with a lot of donated equipment. All the money is used to help the people of Nicaragua.

“We would go there and maybe see 5,000 people,” said Jordan. “Then they leave and would get no followup services. Many others never even got in. We wanted to train people there in order to be able to sustain the care. We are now doing that and I am very proud of the work we can do.”

Right now, Jordan is trying to raise money for a targeted case. Felix is a man Jordan first met in 2001, a man he has been trying to find a way to help ever since.

Felix needs an operation for a badly ulcerated heel on his right foot. He cannot walk well, a botched attempt to fix the situation several years ago resulted in Felix losing his good leg to gangrene and forcing an amputation just below the knee. He has had the condition and accompanying infections ever since Jordan met him.

“We were getting ready to leave when an old man pulled up on a motorbike,” said Jordan. “He asked for medicine for his nephew, who he said had chronic infections in his leg. We went out to see him. We still had some time. Felix was 21. I had never seen an ulcerated wound as bad as his when we took off his bandages. We learned he had been this way since he was 12, when his heel was severed in a plowing accident. He was taken to a military hospital at the time. The war was ending and they did not have adequate supplies or the doctors with the level of expertise that was needed.

“Everyone who meets Felix loves him and wants to be his friend,” said Jordan. “He is kind, caring and always trying to help others. Myself and others have been trying to help him for a long time. Suddenly the stars have seemed to align and it is possible for Felix to get the surgery he needs. He has never had anything good in his life, and we want this so badly for him.”

An American who retired to Nicaragua, Peter Byrnes, is helping from there. He befriended Felix and wants to help him get the operation.

The money — $25,000 — is not a lot of money by comparison to the cost of medical care in the United States. Jordan said the operation he needs would easily cost $500,000 here, and that does not include hospital stays, medications or rehabilitation.

Jordan located a reputable hospital in Nicaragua, and that money will cover not only the cost of surgery, but also a year of followup care, including doctor visits, physical therapy, prosthetics and medications.

“It’s a bargain,” said Jordan. “It’s also completely top-notch medical services. Myself and the other involved vetted this situation extremely carefully. We are excited that almost 20 years later, we are going to make this happen.”

Hospital Metropolitano Vivían Pellas was begun with a vision to treat children who were burn victims. Jordan said Pellas, a very wealthy woman, was in a plane crash and was burned more than 80 percent of her body.

“She built a hospital that now has the highest medical standards in the country,” said Jordan. “My daughter who sometimes travels with me was treated there. It was amazing the quality of care she received. The surgeon we found there had done the procedure Felix needs hundreds of times. He has even made Felix lose weight and eat better, saying he would not do the surgery if he was not healthier.”

Jordan said Felix is excited about the idea of the operation, but is somewhat dubious because of all the attempts to get good care for most of his life.

“He is cautiously hopeful,” said Jordan. “We want to put the hugest smile on his face.”

Anyone interested in making a tax-deductible donation to help Felix can send checks to Global Health Cares, c/o Leslie Caputo, Treasurer, 18 Cole St., Laconia NH 03246. The nonprofit’s 501(c)(3) number is 37-1489189. You can also make a donation online by clicking here.

Global Health Cares (GHC) is a non-profit organization started in 2001 by Joseph (Jay) Jordan O.D and Chris Fields O.D., President, and. Mark Milot, who saw an opportunity to improve the lives and well-being of many Nicaraguans (the second poorest country in the Western Hemisphere). GHC aims to help provide increased infrastructure to the health care opportunities in Nicaragua. On an annual basis individuals volunteering for Global Health Care have been traveling there to help villagers all over the country, on many of these trips Felix has been there to volunteer to help his fellow Nicaraguans despite his own medical limitations. 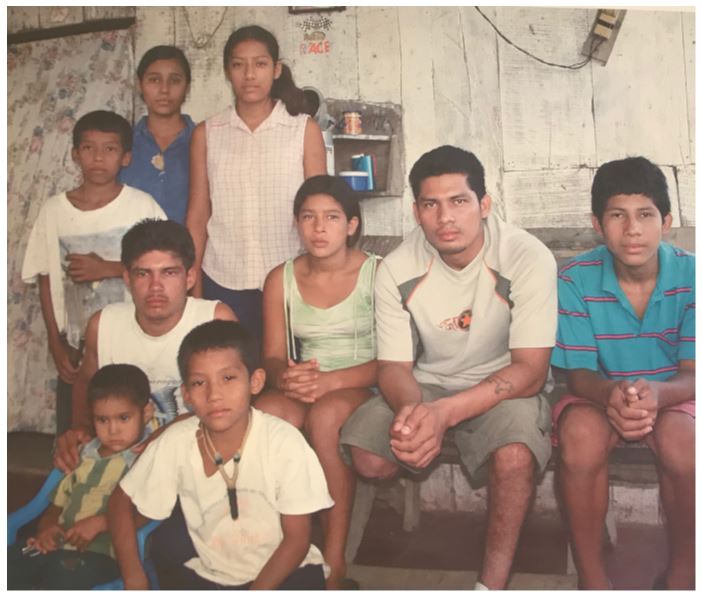 Thank you for your interest in Felix’s story. It’s a heartbreaking one, amazing and almost hard to believe. As a 10-year-old boy Felix entered the hospital in Nicaragua with a severe heel wound on his left foot. Through a series of tragic medical mistakes, he left the hospital weeks later as a double amputee. It dramatically and permanently changed the course of his life until now.

Felix finally has an opportunity at age 40, to have a potentially life-changing reconstructive surgery on his left foot. Although Felix has an artificial (prosthetic) right leg with its own set of challenges, it is his severely damaged left foot that has prevented him from living any semblance of a normal life.

For the first time since the accident almost 30 long years ago, Felix finally has a chance to walk again! The surgery is very specialized and complex and will replace the bottom of Felix’s left foot; his heel and sole will be reconstructed with a tissue graft from his leg. It will be done in his home country of Nicaragua at a modern medical center in the capital of Managua. The surgery will be done by a prominent surgeon who, unbelievably, specializes in the exact procedure that Felix needs. Following surgery, he will need to have an extended hospital stay.

Felix needs our help! It’s the only way he has a chance for this specialized procedure. Although the medical and surgical costs will be a fraction of those here in the United States, they are still impossible for Felix to afford in a country where the average wage is $4 a day.

His initial graft surgery is coming up quickly, tentatively scheduled sometime this June. The surgery is only the first step of Felix’s long road ahead. 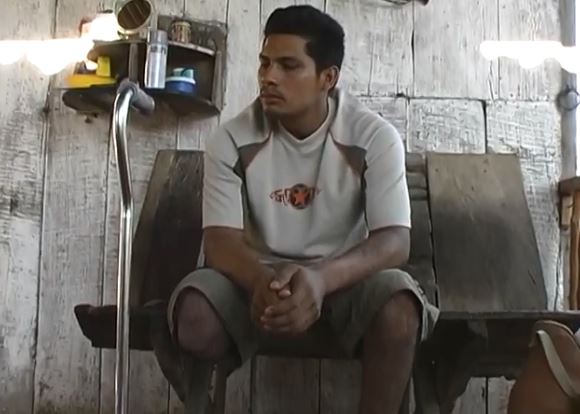 Our goal is to raise $25,000 to pay for Felix’s surgical, hospital and medical care, therapy and other related services, as well as travel expenses for the next 6-12 months. Like any complex surgery it comes with significant risks. We realistically expect the possibility of complications, more surgeries, more hospital stays, more testing and once healed, a likely extended period of physical therapy and rehabilitation.

Felix’s initial graft surgery is coming up soon – projected for some time in June!

On behalf of Felix, Thank you for your support!!!

You can schedule your next appointment with us online!